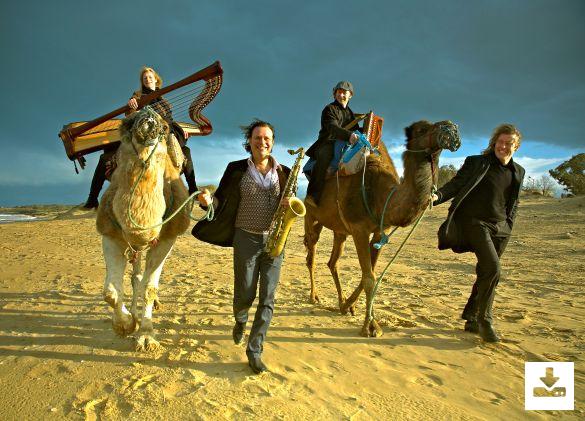 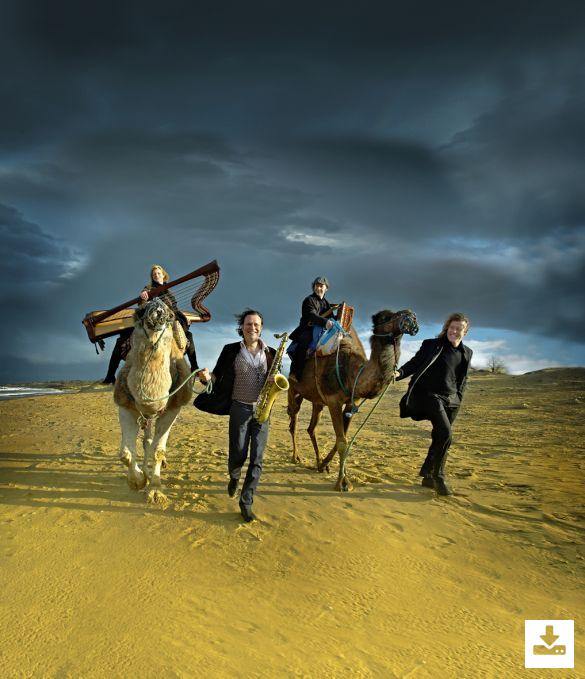 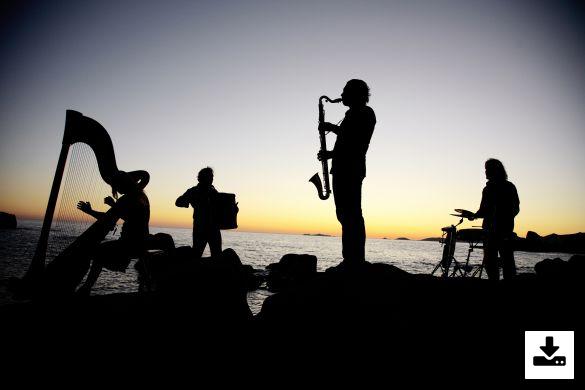 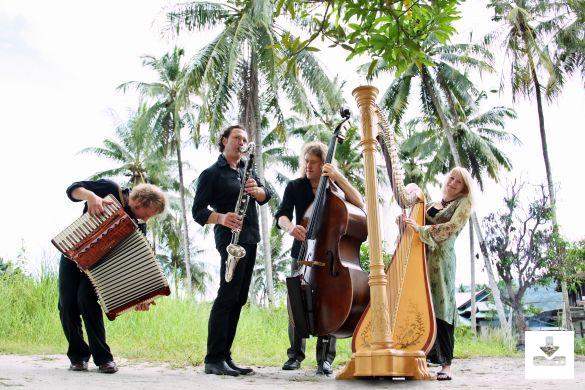 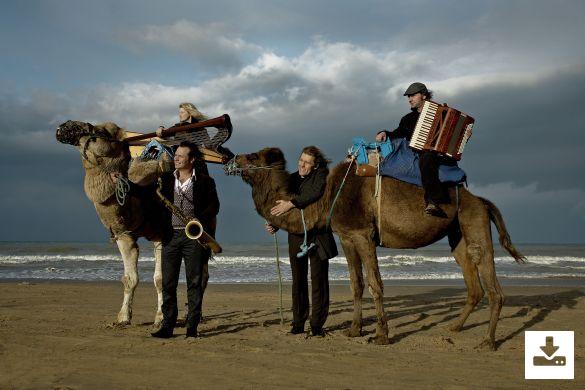 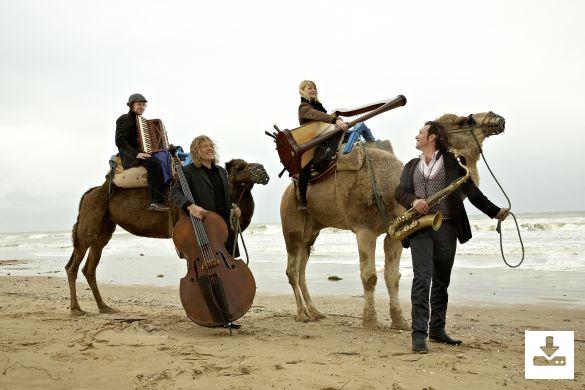 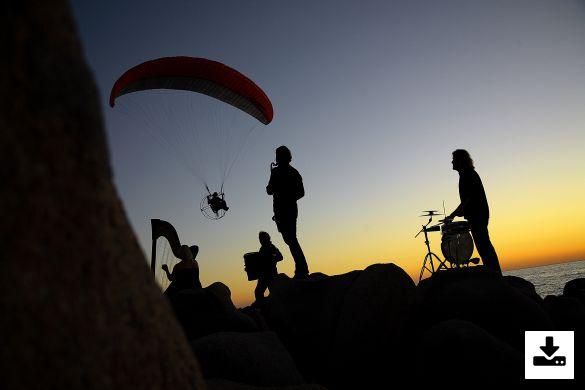 Songs of a Grand Voyage

Each one of Quadro Nuevo’s songs transports us to a different part of the world and carries within it the pure atmosphere of that particular place:

a wild ride across the harsh Crimean peninsula, London’s old world charm, the lightness of the Mediterranean, a Tango from New York, crazy days in Istanbul, a night of revelry in Transylvania, secret gardens in Malaysia, warm rain in Paris.

But sometimes even the most arduous of journeys doesn’t bring us to where we want to be and the tone poem “Die Reise nach Batumi” (Journey to Batumi) is, above all, a story of that which is denied us. What remains is longing.

Four suitcases full of melodies, bursting with impressions and encounters, overflowing with exhilarating experiences and the joy of making music.

The music of Quadro Nuevo, gleaned here and there, yesterday and today, tells of the vagabond life of four wanderers moved between the winds of west and east.

Starting out with their own distinctly European-flavored brand of Tango, the musicians continued to embellish their tone poetry with arabesques, Balkan swing, delicate ballads and daredevil improvisations, all performed with the Mediterranean lightness that has long become their trademark.

Since 1996, the instrumental quartet has given over 2500 concerts on every continent. Passionate and diversified “music junkies”, they play in Jazz clubs and at international festivals, as street musicians on the Piazzas of southern Europe, take the stage by storm as a late-night Tango dance band and, as a concert ensemble, perform in famous venues such as New York’s Carnegie hall.

As well as climbing into the Jazz and World Music Top Ten, their CDs have received the German Jazz Award and, in Paris, the European Phono Award.
The Echo, the German Phono Academy’s highest distinction, was presented to Quadro Nuevo in both 2010 and 2011 in the category “Jazz/World Music, Best Live Act”.